It seems reviewers with early access to the new Apple MacBook Air are busy evaluating the performance of its new M2 processor, as evidenced by the flood of Mac 14,2 scores on Geekbench.

Unsurprisingly, the M2 in the fanless MacBook Air scores in the same ballpark as the M2 inside the MacBook Pro 13, which has a single fan. Geekbench is a quick benchmark and it doesn’t stress the chipset and it, in turn, doesn’t generate enough heat to cause throttling.

However, some early M2 reviews showed that the new processor gets hotter than the M1 and that can lead to poorer sustained performance. Those tests are based on the single-fanned MacBook Pro 13 and they’ll likely lead to the same result on the fanless MacBook Air.

But we expect the MacBook Pro 14 and 16 laptops to be well equipped to deal with the new silicon, once it comes to them in Pro, Max, and Ultra form. 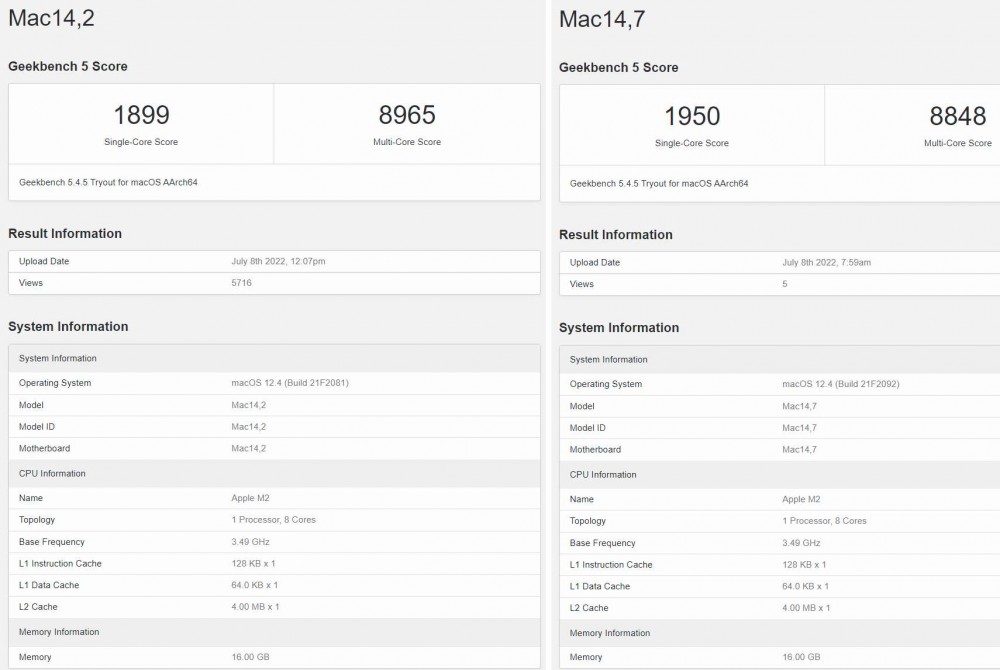 Undead planets: The unusual conditions of the first exoplanet detection

Nokia T10 is an 8” tablet with optional LTE