(RNS) — Shortly after 31 members of a white nationalist group were arrested in Coeur d’Alene, Idaho, over the weekend, pastor and former Washington state lawmaker Matt Shea claimed on Facebook the men were members of antifa, or anti-fascist demonstrators.

“This attempted ambush from antifa was thwarted,” said Shea, who has previously espoused Christian nationalism and has suggested replacing the existing U.S. government with a form of theocracy.

Not only was Shea’s antifa claim untrue, at least one of the arrested men attended Shea’s own church within the last year.

Among the members of Patriot Front arrested, who police said were planning to riot at the city’s Pride in the Park celebration, were Mishael and Josiah Buster, per official reports. According to The Spokesman-Review, a publication based in Spokane, Washington, the two men are brothers as well as the sons of Matt Buster.

RELATED: How the Capitol attacks helped spread Christian nationalism in the extreme right

The elder Buster runs a “Real Men’s Ministry” at Shea’s Washington-based church, On Fire Ministries. Until recently, his name and face appeared next to a logo for the men’s ministry, which features two swords and the slogan “iron sharpens iron so a man sharpens the countenance of his friend.”

Mishael, 22, appeared on church livestreams alongside his father as recently as December. Shea introduced the duo to the audience and encouraged Mishael’s participation, watching as the two made announcements and joked with the congregation. 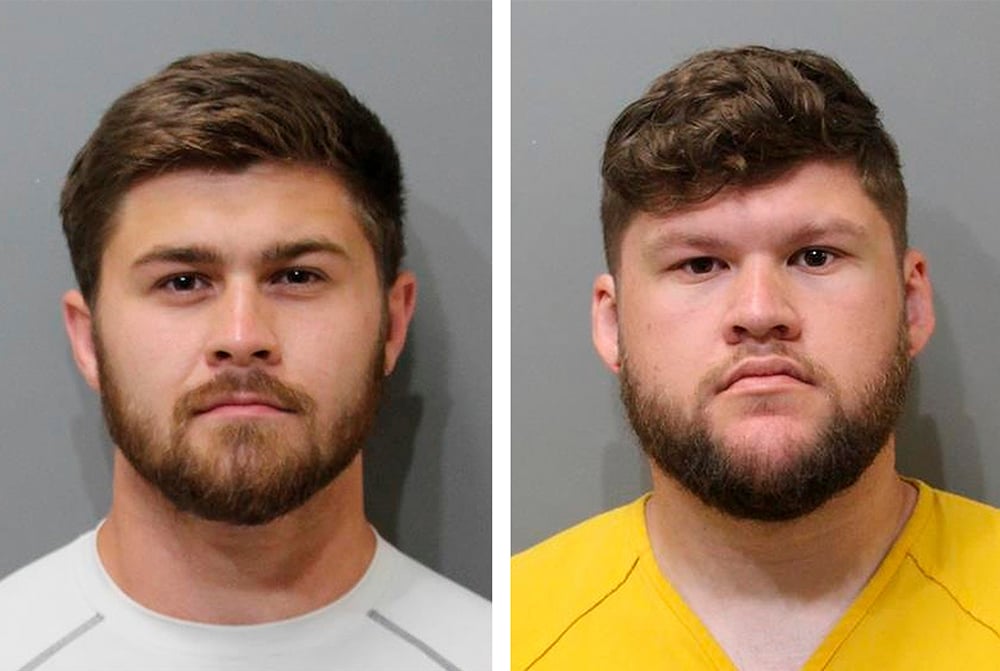 Matt Buster’s current affiliation with the church is unclear. His name and photograph vanished from the church’s website on Monday (June 13) but still appeared in an archived version of the site documented by Religion News Service.

Neither Shea nor Matt Buster responded to repeated requests for comment.

The church is known primarily for its connection to Shea, who was among the array of right-wing demonstrators who targeted Coeur d’Alene on Saturday to stage counterprotests against the city’s LGBTQ Pride event. Groups such as America First, whose leader is widely decried as a white nationalist and often invokes Christian nationalism, encouraged people to attend a “Rosary Walk” in the city.

Shea, for his part, led a “prayer walk” in Coeur d’Alene. He also delivered a speech, in which he suggested the arrested men looked “weird” and gave voice to the unfounded conspiracy theory that the Jan. 6, 2021, attack on the U.S. Capitol was staged by the government.

“What is increasingly looking like a fed operation on Jan. 6, they tried to bring to Coeur d’Alene, Idaho … but even that didn’t work up here,” he said, stirring applause. He went on to repeat the disproven claim that the 2020 election was stolen and railed against both Democrats and “RINO Republicans.” 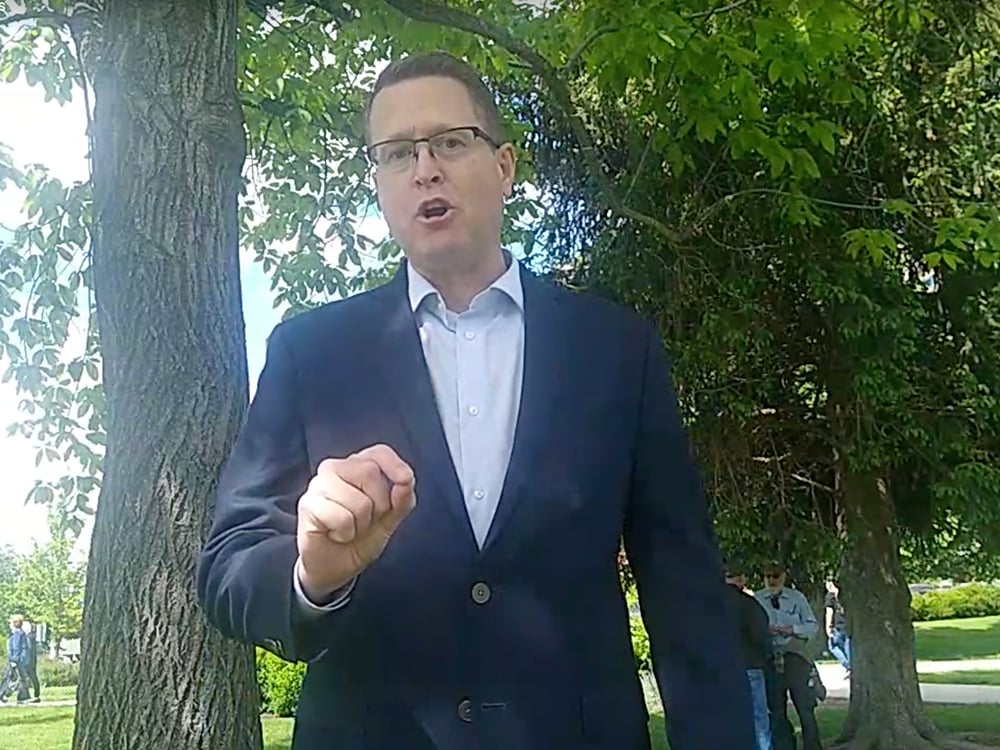 He called on listeners to vote for “true and God-fearing patriots” and raised the specter of future violence if they are not elected.

“I do not want to see a war, make no mistake,” he said. “But the only way we’re not going to fight a war is if we stand now with patriots and say, ‘Enough is enough.’”

RELATED: Inside the fraught effort to create a Christian nationalist internet

Shea has built a reputation as a right-wing firebrand frequently mired in controversy. In 2018, it was revealed he had distributed a document titled “Biblical Basis for War.” The four-page document, which centers on the idea of a “Holy Army,” rails against abortions and same-sex marriage and suggests murdering all non-Christian males “if they do not yield.”

Shea downplayed the document in a video, dismissing claims he was calling for violence while also espousing Christian nationalism — the idea that the United States was founded as a Christian nation. Spokane County Sheriff Ozzie Knezovich disagreed, telling The Spokesman-Review the document amounted to a “‘how to’ manual consistent with the ideology and operating philosophy of the Christian Identity/Aryan Nations movement and the Redoubt movement of the 1990s.”

Christian Identity is a form of white nationalism and racism tied to an array of unusual Christian concepts. Among them: the idea that Jesus was a white Aryan or that the End Times will be manifested through a racial holy war.

In 2019, Shea was expelled from his state’s Republican caucus after an independent investigation concluded he had engaged in domestic terrorism for his connection to the 2016 armed takeover of an Oregon wildlife refuge.

Saturday’s arrests come amid a resurgence of Christian nationalism among extremist groups, as well as a wave of targeted harassment of LGBTQ events by right-wing provocateurs. In addition, a recent report from HuffPost warned that Idaho has become a target for political figures espousing a “particular brand of Christian white nationalism.”

US Hispanic Protestant churches are young, growing and largely new to the country

How students could give Ron DeSantis an African American history lesson