Tornadoes ripped through at least six states Friday evening through Saturday morning, wreaking havoc and destruction across more than 220 miles of towns in Kentucky, Tennessee, Mississippi, Illinois, Missouri and Arkansas.

Showing no mercy, the tornadoes left many dead in their wake. At least 64 people were killed in Kentucky, where the tornado’s path covered more than 200 miles. The state’s governor, Andy Beshear, said the death toll is expected to climb to more than 100 casualties, according to news reports.

In Illinois, where the walls and roof of an Edwardsville Amazon warehouse were torn down by a tornado, at least six people were killed and many others left trapped inside. At least four people died in Tennessee and two were confirmed dead in Arkansas. Missouri also reported a handful of deaths. By Monday morning, thousands of people in Kentucky and Tennessee were still without power.

In Mayfield, Kentucky, the area hardest hit by the storms over the weekend, Mayfield-Graves Board of Realtors President Justin Suiter told Inman that the town has been completely transformed. 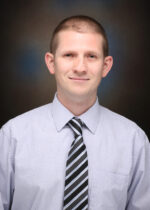 “I’m sure you’ve seen pictures, news coverage … that doesn’t even tell the story in real life,” Suiter said. “It’s really devastating. It’s hard to explain the facts here. It’s really crippled our town, but the light at the end of the tunnel is the overwhelming [help from] our people, our community members … we’re just out working everywhere and everybody came in to help. It’s unbelievable.”

In addition to assistance from locals and the National Guard, Suiter said that Realtors from other towns across the state have been flocking to Mayfield to do what they can to help. “They’re lined up and ready to come when we need them,” Suiter said.

Some areas of Graves County, where Mayfield is located, have started to regain power, but for the most part, Suiter said the county (and some surrounding counties) are still lacking power and water, which has been “rough.”

But the lack of power and water is a relatively minor pain point compared to the physical destruction and loss of lives, Suiter said. “It’s pretty overwhelming.”

“Mayfield will probably look different after all this is over,” he said. “Hopefully we’ll get things built back, but that candle factory [where dozens were sheltering, and which was destroyed], it’s just rubble. The people that were trapped and the people that lost lives … that’s very heart-aching out there for them.”

Suiter told Inman that the roof was torn off half of his real estate office (he was speaking to Inman from the half that wasn’t as badly damaged), and he was gathering a group of people to cover it with tarp in advance of some rains that are anticipated mid-week. Still, he wasn’t sure whether or not it would ultimately be worth saving the building.

“It’s something that you never thought you’d experience and something you’ll never forget,” he said. 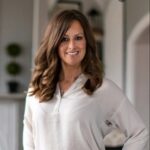 The Paducah Board of Realtors, which serves counties in western Kentucky, has opened its board office to those who are able to travel to come and use the organization’s facilities and internet, President Bree Snow told Inman in a text. The board is also coordinating collection of gas cards and gift cards for first responders and anyone in the community with immediate needs.

“I have to say, I have been overwhelmed with the outpouring of help coming to our community from Realtor associations all around the state,” Snow said. “Right now, we are just coordinating donations to meet immediate needs and see what is needed to help people long-term as that becomes known.”

Lisa Flener, a Realtor with Coldwell Banker Brown Realtors – Edwardsville, told Inman that although her office is just a few miles from the Amazon factory that was torn down by the tornado in Illinois, the only damage her office building sustained was a power outage through Saturday morning. Flener suggested the tornado was almost eerily selective in where it struck. 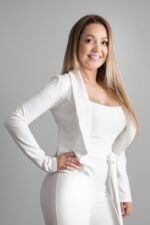 The tornado took down a few barns near the warehouse, however, and also caused property damage in a neighborhood near the Southern Illinois University Edwardsville campus.

Over the past couple of days, she and her fellow Realtors have been doing a lot of outreach to clients to make sure they’re OK, Flener said. Many also joined neighborhood cleanup efforts that took place on Saturday and Sunday.

“I have several clients who actually worked for Amazon,” Flener said. “So I’ve spent a lot of time reaching out to them and making sure they weren’t there, that they’re safe.”

Individuals who want to support victims of the tornadoes can do so through a number of local and national organizations, including Team Western Kentucky Tornado Relief, Convoy of Hope, GoFundMe, The Red Cross, The Salvation Army, and others. See The New York Times for a more extensive list.

Inman will continue to update this post with new details and resources for donations as the story unfolds. Send information on how agents can help to the email below.