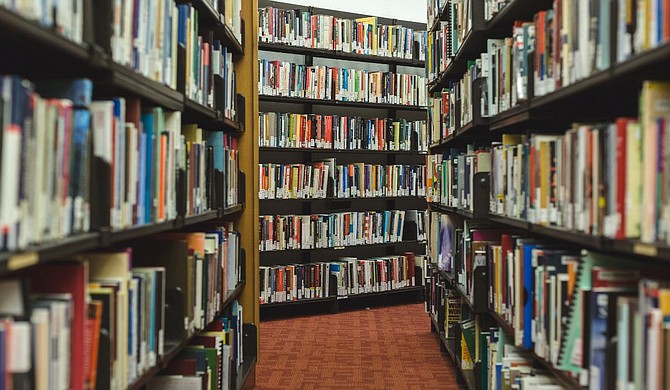 In her lifetime, Anita Walton Moore has been both a documentarian of and participant in the Mississippi’s civil rights movement. She’s stood alongside groups like the Council of Federated Organizations and the NAACP, and has witnessed firsthand the expansion of Black rights in the state. Photo courtesy Matthew Henry on Burst

HOLLY SPRINGS, Miss. (AP) — For her entire life, Anita Walton Moore has been a creator and preserver of history.

The Byhalia native worked at the Leontyne Price Library of Rust College from 1967 to her retirement in June 2021, moving up from an assistant librarian to library director.

In 1969, she became the first Black person to receive a masters degree in library science from the University of Mississippi.

In her lifetime, Moore has been both a documentarian of and participant in the Mississippi’s civil rights movement. She’s stood alongside groups like the Council of Federated Organizations and the NAACP, and has witnessed firsthand the expansion of Black rights in the state.

Moore has written and published multiple books and poetry, her most recent being “Tower of Hope: The History of Rust College Founders and Presidents, 1866-2020,” and has served a number of notable leadership roles, including a position on the Library Board of Historically Black Colleges and Universities and the Southern Association of Colleges and Schools (SACS) evaluation team for over 30 thirty years as a library evaluator.

Her award-winning career includes receiving the Mississippi Humanities Council Teachers Award in 2006 for presenting the documentary “The Travels of a Librarian” and appearing in the PBS documentary “Civil Rights Voting Registration,” according to “Tower of Hope.”

Throughout a storied life and prestigious career, Moore has largely been driven by a single goal: To care for others.

Despite some challenges, including struggles with bullying, Moore enjoyed school and was active. In her final high school years, she attended Mississippi Industrial College (MIC) and graduated in 1960 with a major in mathematics and an English minor.

Her first job was teaching math and English at Henry High School in Byhalia. After the librarian left, the principal asked Moore to be the replacement, sparking the beginning of her library career. Moore enrolled in Tennessee State University to earn her undergraduate credits, and after her husband, Arvern Moore, took a job at Rust as the Head Start director, she asked him if he could inquire about work at the college over the summer.

When her husband asked the college’s president at the time about potential work for his wife, he initially mentioned needing a secretary.

That was a nonstarter for Moore.

“Well, I informed him quickly that I was no secretary,” Moore said.

Instead, Moore joined the library staff, where she remained for more than five decades.

Moore remembers when the army trucks and artillery rolled through Holly Springs on their way to Ole Miss, where James Meredith became the first Black person to attend school there.

It was a moment Moore could never forget.

“It was a change in all of our lives, who lived here, the Black folks, and I guess the white ones, too, to witness such a change,” Moore said. “He kind of opened the doors for us.”

Like Meredith, Moore chose to apply to Ole Miss for her graduate credits. To do so, she needed letters of recommendation from four white people in her hometown — a standard to which white students did not have to adhere.

Moore’s experience at Ole Miss was otherwise positive. She had the support of her advisor and many faculty members.

Moore recalls, however, an incident during her pre-graduation interview in which a faculty member asked her about the Memphis public libraries. Moore, never one to hold her tongue, only pondered momentarily how to answer that question.

Franchise Opportunities Mississippi | Own Your Own Franchise Business in MS

Florida drawbridge goes up with woman on it, causing deadly fall