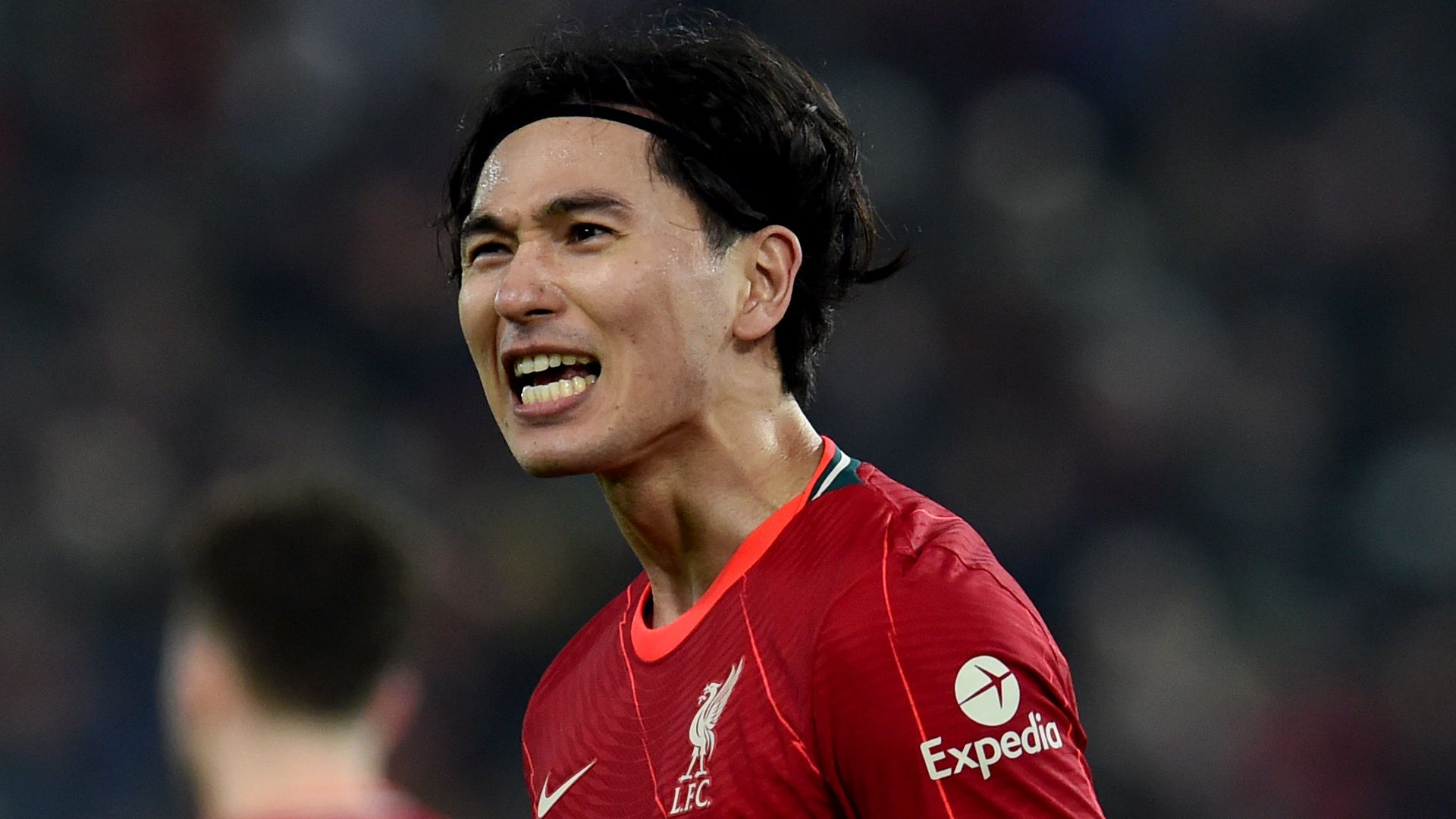 Liverpool forward Takumi Minamino has completed his £15.4million move to Monaco after signing a four-year contract with the Ligue 1 club.

The Japan international will cost the French side an initial £12.9m with a further £2.5m in add-ons.

Minamino joined Liverpool for a cut-price £7.25m in January 2020 after featuring against them for Red Bull Salzburg in the Champions League but was always a fringe player and made just five starts in 30 Premier League appearances.

He was more of a cup specialist, playing a key role in last season’s Carabao and FA Cup victories, scoring seven goals in nine matches.

“It’s a great joy for me to join AS Monaco,” the player told asmonaco.com. “I am happy to be part of the club’s project, which has just finished on the podium (third) twice in a row and is one of the most recognized in an exciting championship.

“I can’t wait to discover my new environment and do everything possible to help the team.”

The forward spent the second half of the 2020/21 season on loan at Southampton, scoring twice in 10 Premier League games, before returning to Anfield last summer.

Jurgen Klopp has already brought in forwards Fabio Carvalho and Darwin Nunez – for a club-record £85m – this summer, with Sadio Mane departing for Bayern Munich in a deal worth up to £35m.

Liverpool begin the 2022/23 Premier League campaign with a lunchtime trip to newly-promoted Fulham on Saturday August 6.

It will be the fourth season in a row in which Liverpool have started a new campaign against a Premier League newcomer.

But after then facing Crystal Palace, Jurgen Klopp’s side will take on Man Utd at Old Trafford on August 20.

September will feature away trips to both Everton and Chelsea in September and Liverpool will also face back-to-back clashes against Arsenal and champions Man City on October 8 and 15 respectively.

Liverpool’s final game before the season stops temporarily for the winter World Cup will be against Southampton at Anfield on November 12 before returning to action at Aston Villa on Boxing Day.

The Reds then host arch-rivals United on March 4, before tricky-looking clashes in consecutive weekends at City (April 1) and against Arsenal at Anfield (April 8), before finishing the season at Southampton.

Who will be on the move this summer before the transfer window closes at 11pm on September 1?

Keep up-to-date with all the latest transfer news and rumours in our dedicated Transfer Centre blog on Sky Sports’ digital platforms. You can also catch up with the ins, outs and analysis on Sky Sports News.

The 150th Open: Tiger Woods to impress at St Andrews? Could he call time on his major…