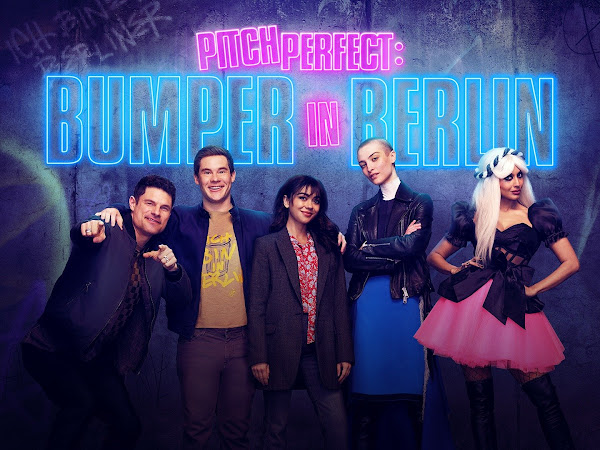 As we start off with this spin-off series we learn that not much has changed in Bumper’s life since we have last seen of him in the Pitch Perfect movies. He is still working as a security guard at Barden University, taking advantage of the possibility to use the auditorium as a free rehearsal space for his a cappella group. For Bumper a cappella still is his passion and life goal to break through, while his team members see this more as a hobby and have other priorities. So when Bumper gets a phone call from Pieter Krämer, whom we all know from Das Sound Machine, that Bumper has gone viral in Germany with his mash-up on TikTok and invites him to Berlin to boost his career. This is a dream come true for Bumper, and after a bit of convincing from Pieter, he decides to go.

In Berlin Bumper meets Heidi, Pieter’s assistant, who is also an American in Germany and has a lot in common with Bumper. He also learns about Pieter’s plans for Bumper in Berlin, ending with performing at German Unity Day. Pieter wants to involve his sister Thea in his plan as well, but at first she isn’t impressed and doesn’t want to help. Not long after we learn that Pieter doesn’t have the best reputation anymore, due to an incident involving Das Sound Machine using technology during an a cappella performance. But also that Bumper was invited to Germany under false pretences, his mash-up didn’t go viral and nobody really knows who Bumper is. A big setback and Bumper realises he is stuck in Germany since he threw away his passport. 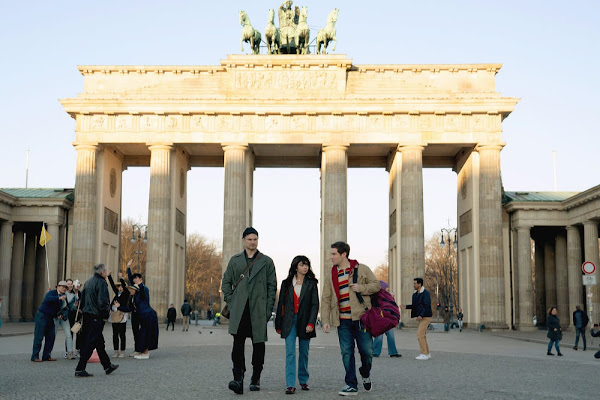 After feeling sorry for himself for a bit Bumper decides he needs to talk to Heidi, they meet up at a bar. But since he is in a little early he finds her performing on stage. She turns out to be a really good singer, songwriter, but asks Bumper not to tell anyone because she is not ready to be out in the world with her music yet. After talking to Heidi Bumper decides to give Pieter a second chance and give his first live performance in Germany. There we get to meet Bumper’s biggest opponent Gisela, former Das Sound Machine member and Pieter’s ex-girlfriend, who performs exactly the song Bumper was supposed to sing. After hiding in a dumpster, debating what to do next and receiving a pep-talk from Pieter it is time for Bumper to perform and improvise, which is what he does best.

Eventually Thea decides to give Bumper a chance, but he needs to prove that he can make his own music as well as doing covers. This is a disaster, nothing good comes out of it, until he has the studio to himself and plays around with something written by Heidi. Thea happens to overhear it and is impressed. This is something they can work with, making this Bumpers song to perform with at German Unity Day. While Thea wants to let everyone hear what they have just made, Bumper wants to avoid it because he knows he used music that is not his. There is no stopping in Pieter and Heidi listening to his music, resulting in Heidi’s feelings getting hurt by Bumper. 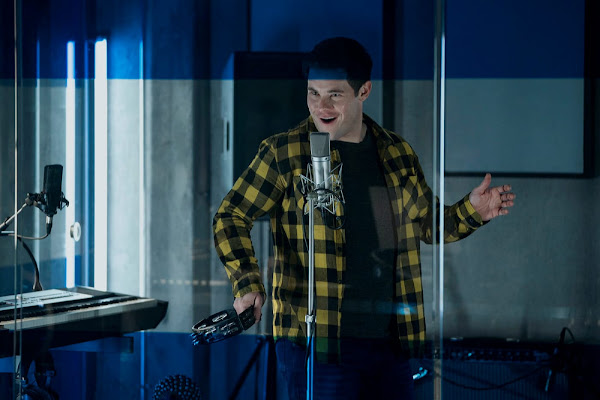 While Pieter has sent out the demo to some people Bumper gets invited to be on a television show. He still tries to convince them that they need to use an other song, since this one isn’t ‘good enough’ because he doesn’t want to use a song that isn’t rightfully his. Also his television performance goes bad, the conversation soon swifts to Pieter’s reputation, making it worse before Bumper embarrasses himself even more on television. After a failed attempt from Bumper and Pieter to get the episode pulled from the airing schedule, Heidi and Thea actually do manage to get it pulled. This was in exchange of Pieter going on air and doing an interview on the Das Sound Machine scandal and Gisela’s involvement, except Pieter doesn’t want to throw Gisela under the bus for it.

Bumper gets an idea, to get the episode pulled anyway by crashing a performance of Gisela, challenging her in a Riff-off. If Bumper wins he gets to say whatever he wants to Gisela’s followers and if Gisela wins Bumper goes back to America that same day. Bumper has to sing German songs and Gisela can sing American songs, but eventually Gisela slips up and sings a Canadian song. So Bumper wins and he tells people on Gisela’s livestream to check out his new song, written by Heidi in order to take the scoop away from the television show. Meanwhile he also warns Gisela that he knows about the DSM thing.

Gisela strikes back by writing a song about Bumper, making him sound like a loser. This causes everyone to think Bumper needs a make-over in order to be cool. Klaus, a renowned artist and also Thea and Pieter’s father, seems to be the best option for that. They do have to convince him but eventually he changes Bumper into a totally different person. While they are about to start filming the videoclip for Bumper’s song everyone starts to doubt if it is the best idea, creating some friction between all of them. Eventually everyone sees that this isn’t the way to go and break with Klaus on making the videoclip and end up doing it themselves in a theme park. Meanwhile Gisela tries to steal Heidi away from Pieter. She goes to talk to Gisela and eventually declines to offer but realises that she cannot grow when she stays Pieter’s assistant and asks him to be her manager as a singer songwriter. 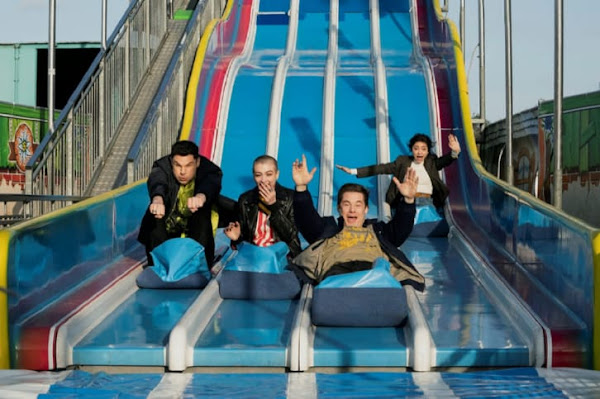 When everything seems to be smooth sailing again on road to get Bumper to perform at German Unity Day. Apparently Bumper has to audition for it as well, and while discussing the best course of action Bumper is distracted because he has just realised he is in love with Heidi. Making things incredibly awkward for himself right now. And later while trying to get an introduction to one of the judges for the audition doesn’t go as planned, resulting in Bumper feeling sorry for himself and getting drunk at a bar. Later he goes, while being drunk, to the house of one of the judges and serenading in front of it, that gets him arrested and brought to the hospital to get sobered up. There Bumper gets some clarity and starts writing his own song. After everyone gets makes up they realise there is nothing left to prepare for, because Bumper didn’t get an audition.

That is when Ursula, the owner of the hostel Bumper is staying at, tells them everything can be a stage. So they end up at a roof across the street from the place the auditions are being held. They perform and it eventually gives Bumper a spot to perform at German Unity Day and share the stage wit Gisela. It seems like nothing is in their way anymore to reach their goal. But then Bumper’s visa is up after being in Germany for three months and is being deported back to America. 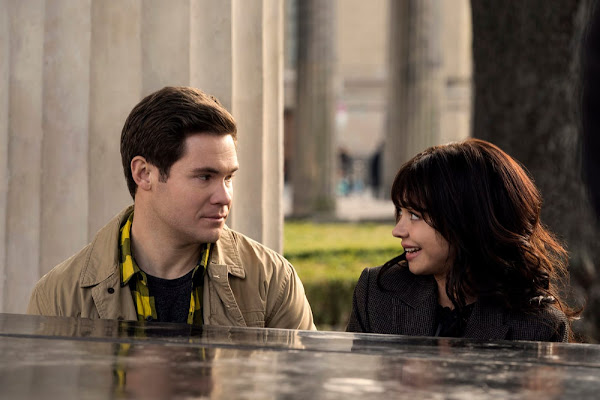 With Unity Day around the corner they try to find ways to extend Bumper’s visa to let him stay a little bit longer in Germany so he can perform at Germany Unity day. But so far no luck, until Heidi gets the idea that Bumper and Thea get married. How insane this idea is, they both go for it. While prepping to get married they also try to find Hilda, one of the Rathaus employees who would be able to marry Thea and Bumper, at German Unity Day. Eventually Hilda marries both of them on stage and then it is time for Bumper to perform at German Unity Day. But this time he doesn’t do it alone, he invites his friends, Heidi, Pieter and Thea, on stage to perform all together.

This season has the typical ups and downs of a comedy show and it can only end on a positive note. While having some familiarities from the movies, this show has its own unique style. Did you watch it? And what did you think of it?

The Last of Us – Renewed for a 2nd Season