(RNS) — When actor Daniel Franzese visited Jerusalem in November, he looked for God in all the usual places.

But it wasn’t at the Western Wall or Mount of Olives where he encountered the divine, but in a hole-in-the-wall ’80s-style gay bar that was hosting a “David and Jonathan” theme night for religious queer people.

“There was no denying God was present in that place for me. I was in the little, tiny gay bar in Jesus’ town, and I was welcome there,” said Franzese, of “Mean Girls” and HBO’s “Looking.”

“Nobody can ever tell me that being in that bar wasn’t a sacred and holy place.”

For as long as LGBTQ folks have gathered in bars and nightclubs, such spaces have hosted weddings, birthed churches and been called “heavenly.” But November’s Club Q shooting was a grim reminder that even today gathering in queer clubs isn’t without risk. Amid a barrage of anti-LGTBQ legislation and hate crimes, many LGBTQ people of faith say it’s essential to protect the places they see as sacred.

When musician Trey Pearson came out as gay in 2016, it cost him his faith community and his career as a Christian artist. But from the moment he set foot in the Union Café, a gay bar in Columbus, Ohio, he felt embraced by drag queens, bartenders and patrons alike.

“There’s a lot of spiritual people in the LGBTQ community, people that have faith,” observed Pearson, who has a revamped music career outside the Christian music world. “That place became such a meaningful space to me, where I would have these conversations with other queer people, who shared their journeys about how they came to accept themselves.” 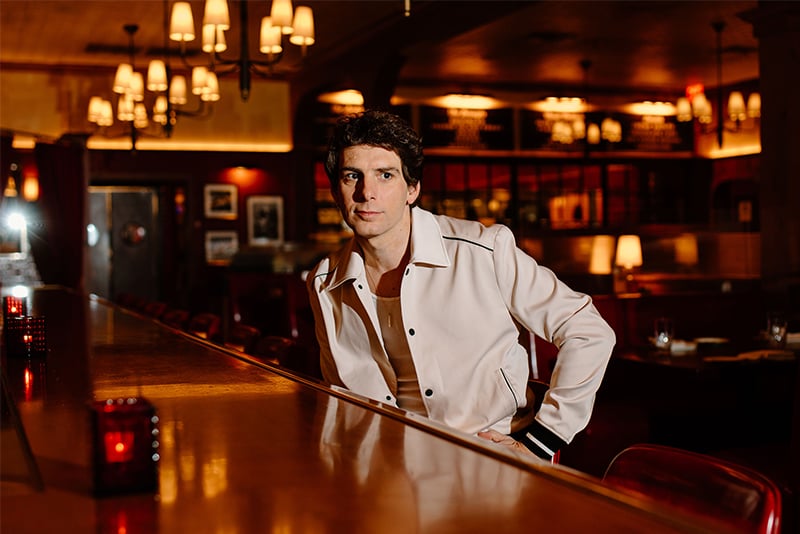 Pearson said he has since been met with warmth at bars in “gayborhoods” across the U.S., from Boystown in Chicago to West Hollywood. He told RNS it’s their unqualified love that makes queer bars sacred.

“I always heard about loving like Jesus. But no matter who you are, you can walk in this place, and you will be loved and don’t have to hide a part of who you are,” he said. “I experienced that genuine, authentic love in gay bars more than I’d ever experienced it growing up in the four walls of the church.”

Jordan Jamil Ahmed, a Shiite Muslim living in Boston, sees gay bars as venues for self-expression. There, the professional dancer/choreographer-turned-organizer is unafraid to sport heeled boots or a laced bodysuit. Ahmed told RNS there’s an “element of feeling more connected to the Divine” when they dress authentically and described going to queer bars with their chosen family as a “collective ritual” that centers around dancing.

“This idea of communal and ritualized movement is a core part of how we connect to each other. For me, being at a gay club is just one of the ways to fast track that feeling.”

But though Ahmed’s experience in queer bars is marked by freedom and acceptance, they noted that these spaces are often more “occupied by cis white gay men than other members of the queer community.” Ahmed said the queer community must interrogate how it bars its own members from accessing these spiritual hubs. 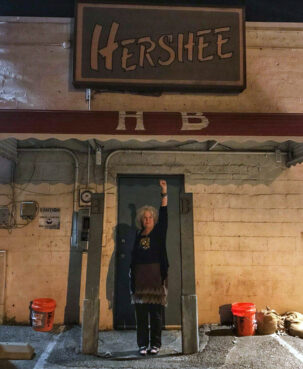 Marie Cartier at the Hershee Bar in Norfolk, Virginia, before the famous lesbian bar was demolished. Photo by Robbin Love

Such barriers weren’t erected overnight. In the 1980s, there were roughly 200 lesbian bars in the U.S. That number has since dwindled to fewer than 25, in part due to economic barriers — patrons of lesbian bars, including transgender women, cisgender women and nonbinary folks, typically have less cash to spend on night life than cisgender gay men, for instance.

In her book “Baby, You Are My Religion,” activist and theologian Marie Cartier examines how lesbian butch-femme bars established in the era between World War II and Stonewall operated as religious sites for the LGBTQ community. In a context where being gay was equated with mental illness, these bars and clubs were often the first places where queer folks, especially women, could be fully themselves.

“If that’s the only place where you can be in community with other people, that’s sacred,” she said.

In interviews with over 100 women, she heard story after story of people transformed by friendship — a process Cartier says is religious in nature.

“When you enter the bar for the first time, for somebody to look at you and say, ‘Hey, how’s it going? Did you find parking? Haven’t seen you here before.’ That is a baptism,” said Cartier. “It’s a baptism into the self because somebody’s seeing you as a possible friend, when you’ve never felt that way before.”

Cartier says queer bars continue to carry that same importance today: People leave these spaces different from how they entered them.

Patrons watch a performance at The Lipstick Lounge in Nashville. Courtesy photo

That’s certainly true of the Lipstick Lounge, a fixture of Nashville nightlife since 2001 and one of the few lesbian bars still operating in the U.S. Inside the bright purple building with its red, lip-shaped logo, bar-goers are likely to see owner Jonda Valentine onstage, singing gospel songs or preaching about God’s love.

The daughter of a Pentecostal pastor, Valentine was working as a full-time artist painting in her home studio when a voice in her head said, “open a bar.” The financial gamble was enough to give anyone pause, never mind the fact that she didn’t drink at the time. But after hearing the same message over the next few weeks, she was convinced. “I really believed that’s what God wanted me to do,” she told RNS.

While the bar is home to its share of trivia nights and drag shows, it has also hosted Sunday worship services, weddings and funerals. An outdoor pantry behind the bar offers canned goods stocked by one of their regulars, and Valentine and her co-owner, Christa Suppan, are known for holding fundraisers or paying electric bills for patrons.

Valentine — who shies away from labels but describes herself as “striving to be Christ-like” — also told RNS she regularly encounters people who’ve been kicked out of their churches and homes for being LGBTQ. She remembered praying for one man who’d been cast out of his church who returned after six or seven years to thank her. 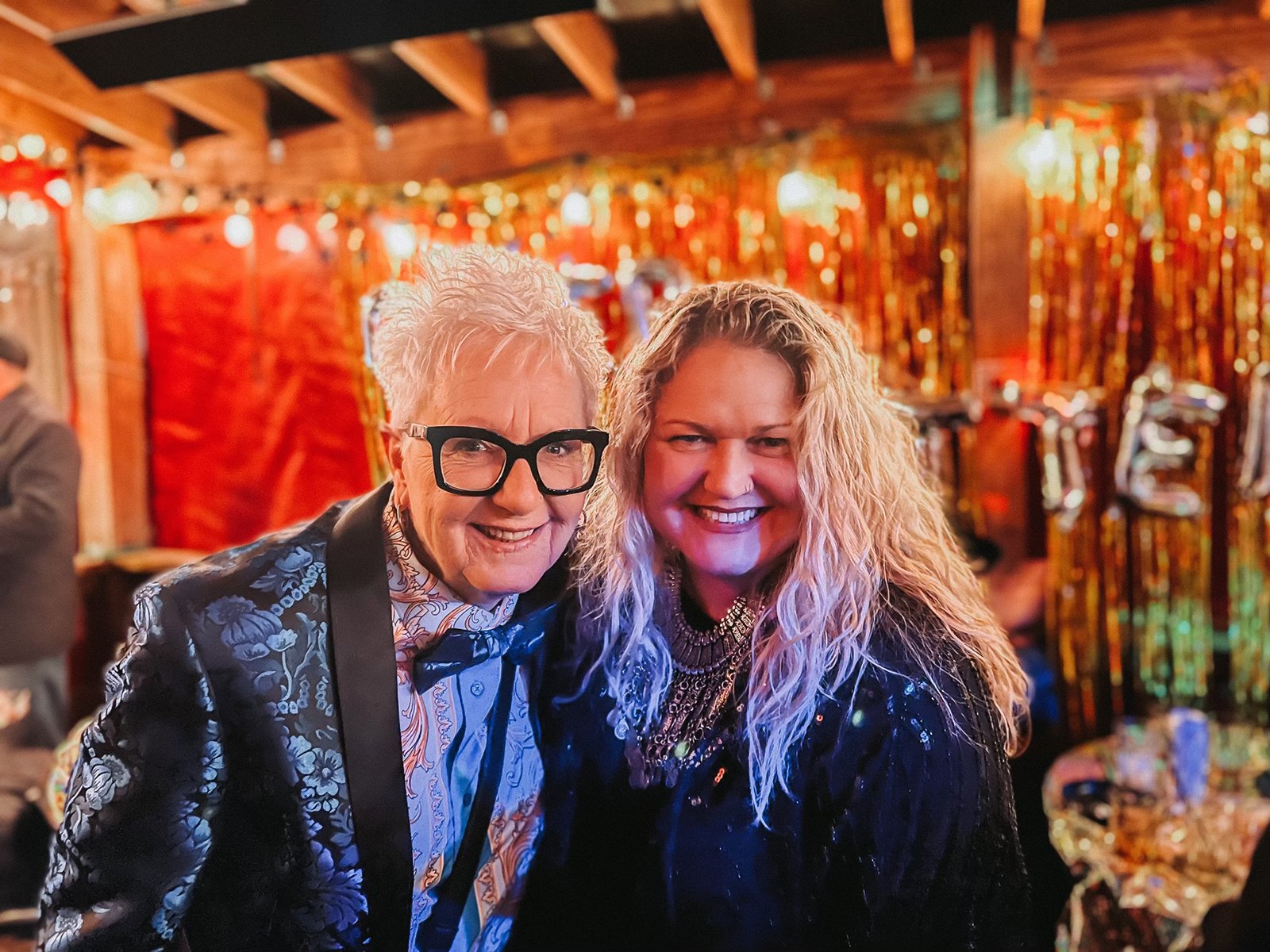 “He said, ‘I want to tell you something. I was going to commit suicide. When you prayed, I felt the spirit of God. I felt like he loved me. And I felt like there was hope,’” recalled Valentine. “I call the Lipstick Lounge ‘God’s house,’ because it is. And when he’s finished with this work, we will close. But as long as we are helping and ministering, showing love and acceptance, we will remain open.”

The Rev. Nicole Garcia, a Colorado-based trans-Latina minister in the Evangelical Lutheran Church in America, knows the impact such hope can have. 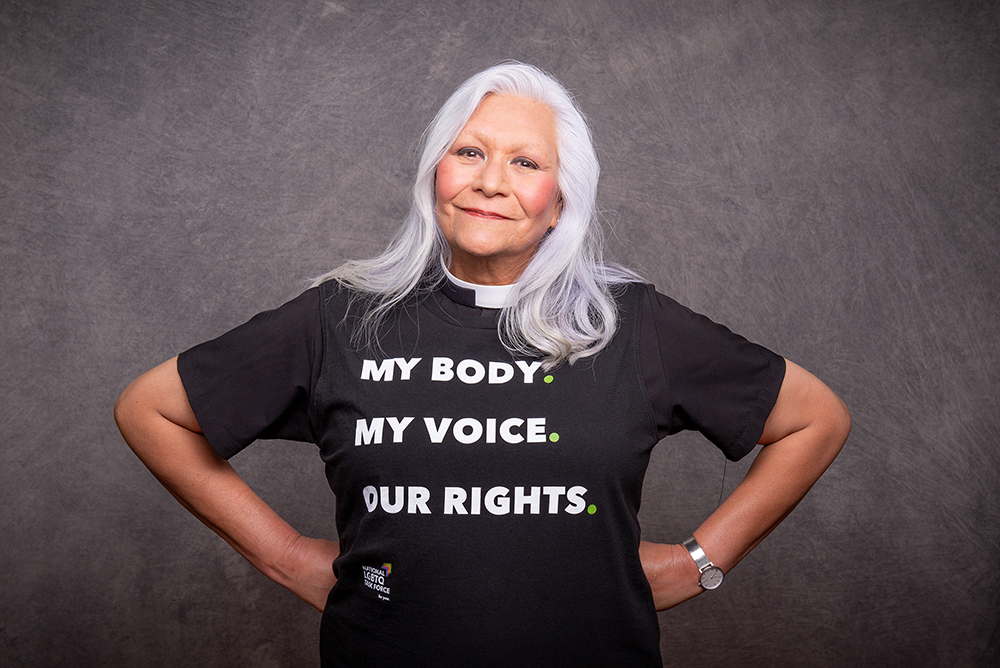 A one-time parole officer who is now the faith work director of the National LGBTQ Task Force, Garcia credits queer bars and drag performers with helping her connect to her inner self. “It really was the bars that gave birth to my first concept of self as Nicole.”

In November, Garcia offered hugs and spiritual guidance to Colorado Springs’ LGBTQ community in the wake of the Club Q shooting. She believes that as queer clubs come under attack, there are opportunities for religious communities to put their faith into action. When Club Q couldn’t host its annual holiday dinner after it closed due to the shooting, she noted, Pikes Peak Metropolitan Community Church in Colorado Springs stepped in to host the dinner, which a local hotel helped sponsor.

“Clubs and bars are a valid form of community building,” said Garcia. “If you really want to reach people, you have to go where they are.”

This coverage is presented with the support of the E. Rhodes and Leona B. Carpenter Foundation. Dallas Dutka of Broomfield, Colo., prays by a makeshift memorial, Tuesday Nov. 22, 2022, for the victims of a mass shooting at a gay nightclub in Colorado Springs, Colo. Dutka’s cousin, Daniel Aston, was killed in the shooting. (AP Photo/David Zalubowski)

Buying Starbucks with gold? A Halal investing app is making it possible.

Is ‘Jewish supremacy’ translating into anti-Christian violence in…